What is Low Code? 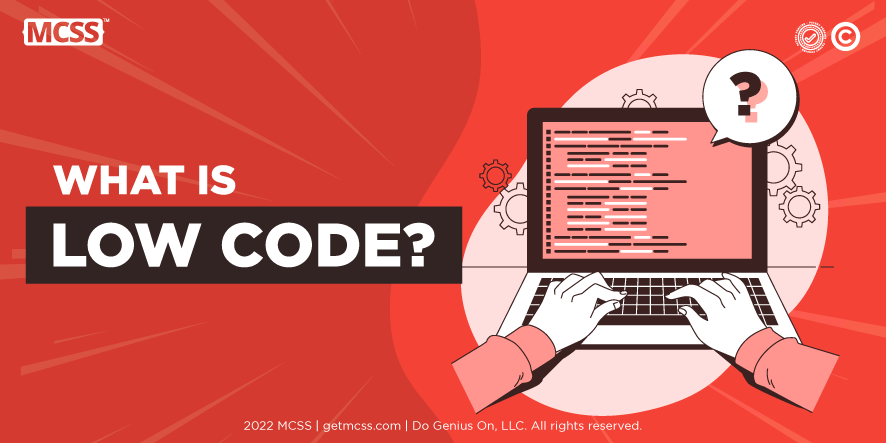 The days when IT teams relied on labor-intensive manual coding and clumsy software development processes to create tangible, reliable and modern applications are coming to an end. With the emergence of new automation technology, rapidly increasing expectations and demands of innovation-hungry customers and end users, and a shortage of developers, the software industry is forced to look for alternative approaches not only to deliver its services and products, but also optimize processes. Now it is possible to meet this challenge with low-code development platforms.

Low-code is a software technology that helps create software solutions and applications faster and cost-effective by reducing the amount of coding. More specifically, low-code largely replaces the need to create custom code with a collection of out-of-the-box UI components, scripting and boilerplate integrations, solution blueprints, visual workflow automation tools, and more. For enterprise-level application development, low-code platforms such as Creatio combine these features with other advanced tools for application lifecycle management, low-code governance, security, and application decision-making to provide the ultimate workspace for digital innovations.

Standard software identifies the restrictions by name. It's standard and the same for everyone. But not all organizations are and work in the same way. With a low-code platform you link the software to your organization instead of the other way around. The software follows you and if something changes, you can easily adjust it.

Users have a vision about the development of products and services. A vision that is different. It's about how you make products, how you communicate, how you analyze data and more. It's about working in a different way. To work smarter to become the best in your industry. A low-code platform makes it possible. It allows you to translate a vision into software.

The first two benefits would be possible without a low-code platform. You can modify the default software or choose to build it yourself. Those options have two major drawbacks:

The development costs for low-code software are lower on average. You use one platform and you don't have to develop the core software. This saves time, giving less complexity and also cheaper. And the platform comes with standard software updates.

Low code has a number of advantages and disadvantages, which all depend on the low code platform(s) you choose and how you use it.

While low-code offers many benefits:

How does Low-Code work?

If there is a way to minimize the time, that is already a big advantage of this technique for any company. The evolution of the web and mobile space requires a competitive delivery time for end users.

IT departments may not have the full capacity to support these requests with their existing frameworks. A low-code platform can be the solution for this. They make it possible to create applications with a minimum of manual coding and a minimal initial investment. How can these kinds of platforms help?

They enable developers to design, test, deploy, review and manage applications in a very short time compared to the traditional approach. IT leaders can still leverage their current skills and resources while integrating existing systems. In addition, 7 out of 10 IT projects fail and are never completed due to technical issues. Low-code platforms are a big part of the solution to technical problems.

While digital touchpoints can be optimized, "user adoption can also be optimized because the platform provides the dynamic ability to respond to requests quickly, rather than slowly hacking into the underlying code or changing an application's framework."

A low-code platform eliminates repetitive and tedious tasks such as dependency management, code validation, and complicated builds by automating these and other mundane aspects of development.

Developers can focus on the creative extra mile that makes a difference to their apps and business instead of just keeping the lights on.

Low-code platforms are suitable for different usage scenarios. Depending on the intended use or purpose, these can be classified as follows. 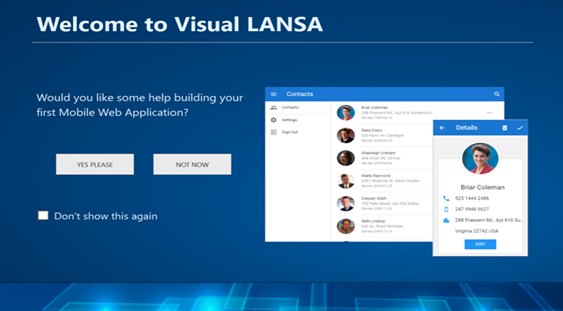 Verdict: Visual LANSA allows professional developers to create applications much faster than coding. And with a much greater degree of control than is typically seen on low-code platforms.

Retool is the fastest way to create internal tools. Visually designed applications that interact with any database or API. Switch to code almost everywhere to customize the look of your apps.

With Retool, you can submit more applications and move your business forward, all in less time. Thousands of teams from companies like Amazon, DoorDash, Peloton and Brex collaborate on custom Retool apps to solve internal workflows. 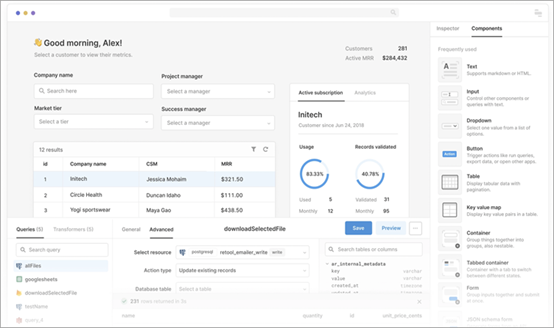 Verdict: Retool is great for building apps in-house and speeding up development time.

The m-Power development platform combines low-code development, business intelligence, reporting, workflow automation and mobile on one platform. With no user or app costs, m-Power customers offer all kinds of apps across their business.

m-Power's unique approach to low code reduces development time by 80% without sacrificing flexibility. The 4-step build process defaults to no code for most apps, but allows low code (or even full code) for complex projects. 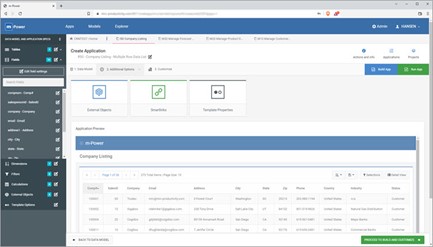 Verdict: m-Power is one of the most versatile low-code development platforms out there. It appeals to all skill levels, builds all kinds of apps and allows full customization.

Enterprises use Quixy's cloud-based no-code platform to enable their business users (citizen developers) to automate workflows and build simple to complex enterprise-grade applications for their customized needs up to ten times faster. All without writing any code. 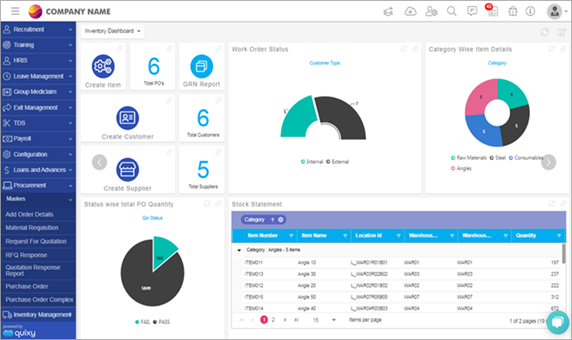 Verdict: Quixy is a completely visual and easy-to-use app development platform with no code. With Quixy, companies can automate processes across departments. It helps you build simple to complex custom business applications faster and at lower cost without writing code.

Mobile Cascade Style Sheets (MCSS) is a fully native, proprietary mobile coding library for native iOS and Android applications. MCSS enables developers to build smarter native mobile apps faster by eliminating a significant amount of code on iOS and Android simultaneously, reducing development time by more than 40%. MCSS allows creators to develop complex layouts and replicate them an infinite number of times with just one line of code, even without in-depth knowledge of coding. Just as CSS is for HTML, MCSS is for Swift (IOS) and Java (Android), allowing developers to use stylesheets in native mobile apps.

MCSS eliminates the need to submit your app to the store and wait for review and approval for a cosmetic change to your app. By using MCSS, any changes made to the appearance of your mobile app will be implemented for users almost immediately, with no need to update the app. 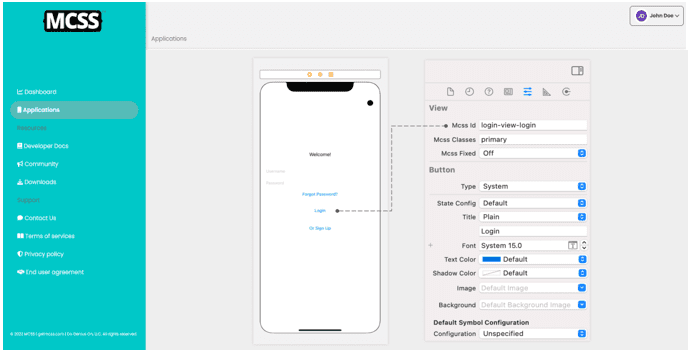 Verdict: MCSS allows you to create and modify the aesthetics and design of all components of a native mobile application and its views; now it is possible to edit properties such as colors, weight, border style, background images, fonts and more by simply modifying a style sheet.

Low-code development often reduces the time it takes to develop applications, lowers the cost of developing applications, and allows less skilled workers to contribute to development without relying entirely on programmers and database administrators. In fact, the least qualified employees may be the ones who best understand the business and purpose of the application; "less qualified" here refers to your level of programming experience.