What is a native mobile application and why should you prefer 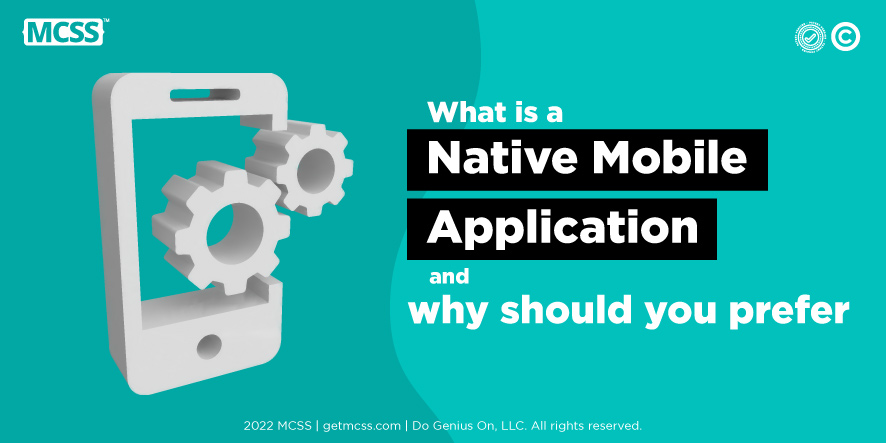 Native app development is building a dedicated mobile app for a specific platform like iOS or Android. Because native apps are built specifically for the operating system, they provide greater user engagement than hybrid apps. Native mobile apps generally work and look better than their web-based counterparts, which have to serve multiple platforms. Additionally, native mobile apps can access faster and at the same OS level devices hardware and features such as sensors and cameras, gps location services than a hybrid app built on a mobile browser interface.

Native apps works at the same level of the device's operating system in a way that allows them to work faster and more flexibly than hybrid apps and even React based apps. If the app is sold to users of different types of devices, the developers will create a separate app version for each. For example, the Facebook app was once built in HTML5 sharing the code for iOS, Android, and web. However, the app was slower for iOS users, so Facebook app developers created a native Android and iOS app to give their users a better user experience. Complex tasks can be rebalanced, such as networking in the background of the main thread or program. ﻿﻿﻿﻿﻿﻿﻿Native apps interact with the device's operating system in a way that allows them to work faster and more flexibly than alternative app types. If the app is sold to users of different types of devices, the developers will create a separate app version for each. For example, the Facebook app was once written in HTML5 to use the same code for iOS, Android, and the mobile web. However, the app was slower for iOS users, so the Facebook app developers created separate code for iOS. Complex tasks can be rebalanced, such as networking in the background of the main thread or program.

Native apps as their name says are specially designed for platforms. As a result, they work using the built-in features of the device, which makes them very fast. Even applications with high processor usage run smoothly. This performance boost makes it recommended for games and applications.

Users can easily find native apps on the App Store or Play Store. After that, the apps can be easily downloaded with one click. And also, the stores fully test the apps before approval.

The Internet is not essential in native applications. They work in offline mode. So native apps can still work in cases where there is no internet service.

Developers often push new updates to native apps for various reasons. Mainly to fix bugs and glitches. Therefore, the necessary updates must be implemented in the app store before users can download them. Now the problem comes if the user is not aware of such updates or skips them to save storage space.

Before using a native app, it is essential to download it from the App Store or Plays Store. They need to find the app, review the terms and conditions, and then proceed with the download process. Sometimes the download process can take so long that users would not have patience.

Web applications are built with different browsers and techn ologies like JavaScript, HTML5, and CSS. Developing a native mobile app is a great way to ensure your users have consistent data security. Native mobile apps are significantly more responsive to user input and output. These apps take into account the operating system environments of your devices, making them seem like an integral part of the device.

The best benefit of native mobile apps is a better user experience. Native apps are designed specifically for a particular operating system. They follow strict standards that ultimately improve the user experience and sync up with the specific operating system. As a result, the application flow is more natural as each platform has its user interface criteria.

Users can interact with applications using actions and gestures that they are already familiar with if they follow certain standards. It is much more difficult to maintain two separate applications in the same code base than it is to maintain them in two different code bases. Because it doesn't rely on hybrid technologies like Xamarin or Cordova, native app development has fewer dependencies to develop bugs. Native app developers have access to recent software development kits (SDKs) to develop apps with the most up-to-date features. Native app users will benefit from platform improvements after the OS update due to this delay.

When you create a hybrid app, you don't have as much control over the additional layer, which increases the chance of errors. Bugs are a big problem when developing hybrid apps with the latest features available for a specific operating system. It is an essential and often neglected aspect of building customer loyalty. Native apps are typically easier to publish and rank higher in the app store than hybrid apps because they offer superior performance and speed.‍ But the difference in most apps is modest. The flexibility in resource management and the variety of tools that can be accessed also make applications designed for the native environment more scalable.‍

Native apps can quickly access the services of various devices, such as a microphone, an accelerometer, or push notifications. Navigation software like Waze and social apps like Twitter are just two examples of native apps. Pokémon Go is an excellent example of a game that uses native technology.

Pokémon Go makes efficient use of the system's capabilities (GPS to map areas, the camera for augmented reality, and the accelerometer to measure acceleration) to provide the best possible user experience. Pokémon Go may also use push notifications intended to get users back into the game over time.

WhatsApp is used for messaging, and downloading by both iOS and Android devices. This platform was the fourth most popular application in the world in the third quarter of 2020, with more than 140 million downloads. As a result, this example of native software can be considered for business communication solutions at work.

One of the most popular native apps, Spotify, a well-known example, asserts itself as one of the essential apps on smartphones for music listeners. To explain it, it is a digital music service hub that gives users access to tens of thousands of songs and podcasts from various labels and media companies around the world. Additionally, Spotify is one of the most prominent examples of cloud-native applications thanks to the efficiency-enhancing capabilities of Google Cloud. To better serve customers, Spotify has improved its performance.

The iOS operating system, unlike Android, is completely closed-source and designed solely for Apple hardware. To develop native mobile apps for the iOS platform, you need a Mac computer. Through objective-C and swift can build native iOS apps. Apple offers several great tools and resources for iOS development, including You can create native Android apps in Java, Kotlin, and C++. Google provides you with powerful Android development tools, such as

Now that you understand the pros of native apps. We would like to share with you a brand new framework that will reduce or eliminate the cons when building a native app. This new framework will speed up the process of developing a native Android and iOS app simultaneously while cutting development time and cost by +40%. To learn more visit MCSS