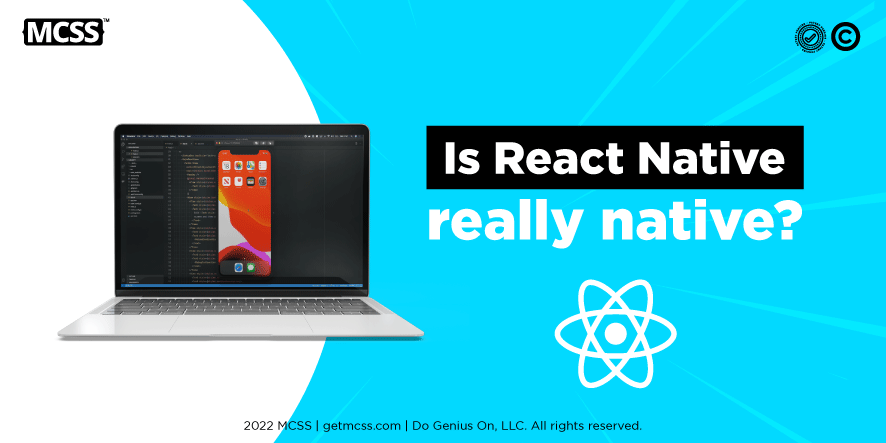 React native is written in Js using the jsx component. While it’s technically a hybrid platform in that it can be written in one language (and works for both iOS and Android), it has “native” features. RN leverages a javascript framework, React JS, to actually write the code in. However, it actually compiles into native views. This solves one of the biggest user experience problems with traditional web hybrid platforms like Ionic or Cordova. RN is not a responsive web app compiled into a mobile app, instead it is a true native app with views that are native to each platform. It compiles the actual app logic from javascript and allows you to write it in one place. Think of it as building the frame of a Ferrari and Lamborghini individually, but dropping the same engine into both. It allows it to look and feel like individual cars without having to build two separate engines.

What is React Native?

React Native (also known as RN) is a popular JavaScript-based mobile app framework where developers can write code at once to create natively rendered mobile apps for iOS and Android. The framework allows you to create an application for multiple platforms with the same codebase. React Native is really a hybrid framework. The reason for this is that while React Native doesn't use web views, it does use a system that allows it to render native from its base JavaScript code.

The history of React Native

When Facebook first decided to make their service available on mobile devices, instead of creating a native app like many of the big tech players at the time, they decided to create a mobile web page based on HTML5. However, the solution didn't stand the test of time, leaving plenty of room for user interface and performance improvements. In fact, in 2012, Mark Zuckerberg admitted that "the biggest mistake we've made as a company has been too much on HTML instead of native".

Shortly afterwards, in 2013, Facebook developer Jordan Walke made a groundbreaking discovery: he found a method to generate user interface elements for iOS apps using JavaScript. This caused a fire and a special Hackathon was organized to learn more about how much mobile development was possible with (until now traditionally web-based) JavaScript solutions.

This is how React Native came to life. Initially developed only for iOS, Facebook quickly followed suit with support for Android, before the framework was made public in 2015.

React (also known as ReactJS) is a JavaScript library used to build the interface of a website. Like React Native, it was also developed by Facebook's technical team. 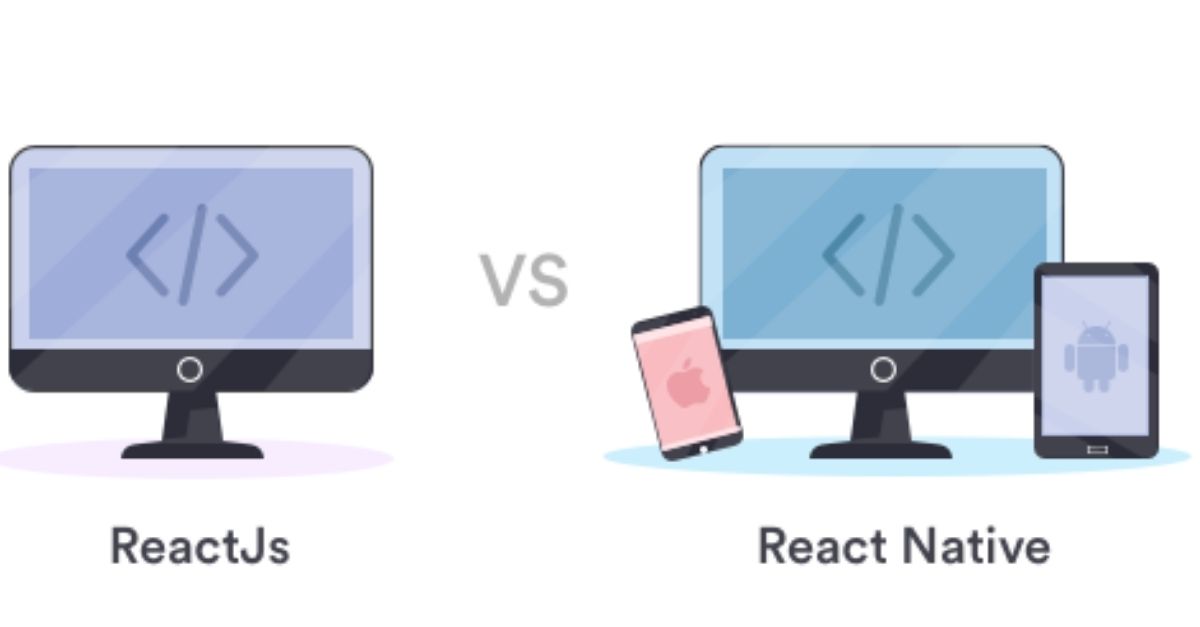 While the performance is good, it's not on the same level as native development. React Native is a cross-platform technology. This means that in order to work efficiently, communication systems have been developed to connect the native part and JavaScript. As a result, an app written in React Native may be slower and take up more space than its native counterpart.

Another factor to consider when choosing React Native for app development is the amount of time you can spend on testing. While the work hours of development teams are decreasing, the same cannot be said for the work of your test team. Test time is similar to test time in native development. In some cases it can be even higher.

React Native is a technology that requires developers to be familiar with various technologies. A cross-platform app can come with some challenges, and it's much more challenging to build a team that can handle them all.

Handling errors in React Native is challenging. Understanding the native language of any platform is essential because React Native constantly interacts with the native environment and the thread running the JavaScript code. React Native developers and the React Native community have integrated a number of useful debugging tools, including bug reporting, log samples, local databases, and performance inspectors, to simplify debugging.

How to Begin a React Native Project

Any React Native developer you hire for your team must have a broad set of skills to successfully complete your project. Let's take a look at some of the most important.

React Native is compiled from a single JavaScript codebase that enables code reuse between Android and iOS. To explain how code can be shared, it’s important to understand that a mobile application can be broken down into two distinct parts:

Like ReactJS, React Native uses JSX, an XML markdown language for developing UIs which replaces HTML and CSS. From JSX, Ul components are compiled into native platform-specific components which create a fast and familiar experience for end-users. For example, a React Native Text component renders natively on iOS as a UILabel and on Android as a TextView. Some other hybrid mobile frameworks use web-based components which render HTML and CSS, and ultimately provide a sluggish user experience.

Independently built native applications typically have a lot of logic in common. This can nearly double the cost for development as they have to be written in two different languages and tested twice.

By using React Native, your web app can share the same logic as your mobile apps, maintaining consistency across platforms, and save you time and money. Instead of having to maintain multiple codebases and employ developers that are proficient in both Android and iOS, you can build a team of JavaScript developers that work on a single codebase.

We've covered products built with React Native, so let's move on to the benefits of React Native development and why you should choose it as a solution for building your mobile app.

Here are the top four potential drawbacks that you should be aware of before deciding to develop a React Native app.

RN is a solution if you want to create a cross-platform mobile app. It has a wide range of benefits that will help you save time and money. Even if you are new to the world, you will easily find support because this framework has a wide community. Although React Native can be a solution for applications that are not so complex, in the long-term the advantages are greater when creating 100% native apps and it is currently possible to do so in record time thanks to the native MCSS framework. MCSS using the time consumption of developing will be decreased and give a responsive look to our project. MCSS is a low code platform that makes it simple to develop a high-code program.