Is it possible to add CSS to Native applications? 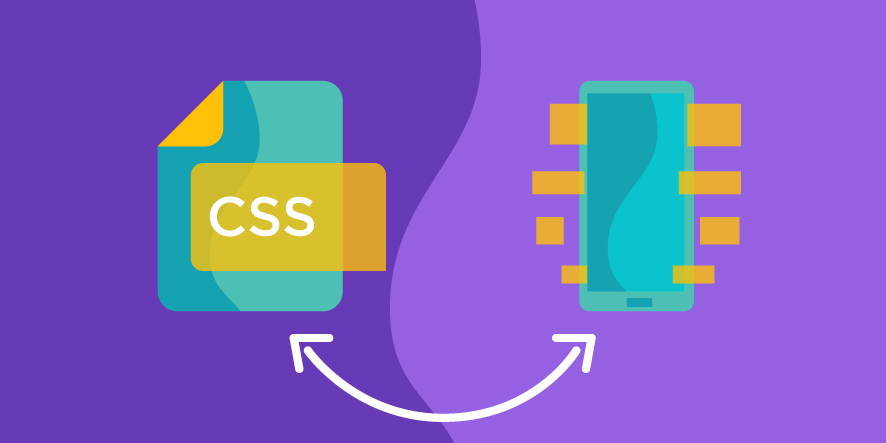 Appearance is one of the most important aspects to address when developing an application. Most users are quickly carried away by what meets their eyes. If an application has an attractive and intuitive design it is much more likely to be more successful than one with a clunky and unwieldy design, even if the latter is more functional. Although many believe that the appearance of applications is the work of a graphic designer, the truth is that, to a large extent, it is a function of the developer, who is in charge of selecting fonts, size, colors, and alignment of objects, among other things. Unfortunately, this is a tedious job that requires a lot of skills and experience. This would be solved if CSS could be included in a native mobile application, CSS is a complementary mechanism to HTML that helps web developers to tell the browser how and where the information should be displayed.

Knowing how to integrate CSS into native applications is a skill that should be mastered by any developer who wants his application to look good with a low cost of effort. This post explains clearly and concisely how CSS can be integrated into two of the most used mobile operating systems worldwide such as Android and iOS.

Before learning how to integrate CSS into native applications, first you have to know a little more about what it is. CSS is an acronym for "Cascade Style Sheet", this is a complement of the HTML language, whose main function is to indicate the style of each of the elements present in websites and some applications.

How to integrate CSS into a native Android or iOS application?

Although, both platforms are very different from each other, in the programming language used and in the overall design. There is a way to unify both designs and provide an even more sophisticated and effective development experience. That's right, it is the implementation of CSS to both operating systems. CSS allows you to unify the whole process of developing the user interface, so you only have to make your design once without having to redo it from scratch.

It is well known among developers that native applications have certain design patterns interposed by the platform in which they work. For example, the Android mobile operating system uses XML with JAVA to make its designs, XML language has some similarity to HTML, it uses very similar "tags" to create the different components of the interface, among them you can highlight the properties that implement each different view.

How do we integrate CSS into a mobile application?

Both Android and iOS do not support writing CSS directly in the native app code, so there are only two ways to integrate it into the app. The first is by using the WebView class on Android or the UIWebView class on iOS. These classes are views that handle HTML5 code and related technologies such as CSS3 and Javascript that together can create fully functional websites and much better quality than their predecessors, but the resulting app would not be a native app but an embedded web application, this represents some performance problems, poor user experience and the disadvantage that you can not take full advantage of the power of the native components of each O.S. The second way to use CSS natively, would be using a unique framework. This framework is MCSS, which applies CSS directly to all native components and all views within a native application in Android and IOS simultaneously reducing the code in JAVA and SWIFT by more than 40%. In the software development industry this is what we call a Low Code Technology.

MCSS, an alternative to increase efficiency

Developing native mobile applications can be a process that requires a large investment of time and money, which will double up if the application is built out in two different programming languages (usually SWIFT & JAVA, corresponding to iOS and Android). However, there is an alternative in which developers can decrease the time and costs of developing a native app in Android and IOS (+40%) MCSS.

MCSS is similar to CSS in many ways, MCSS allows to create components and make changes and updates in one, two, or several views of an app in production, simultaneously and without the need to write additional code. It shares more than 70% of CSS instructions, making it easy for developers with CSS’ experience to create complex graphic designs in a very short time. Additionally, it can run in any native IDE such as Xcode, Android Studio, Eclipse, and more. This way, developers have many options that facilitate the development of applications.

Unlike apps developed with webviews, MCSS offers the possibility to identify native components with classes and ids and apply style rules to all components within the application and simultaneously in Android and IOS.